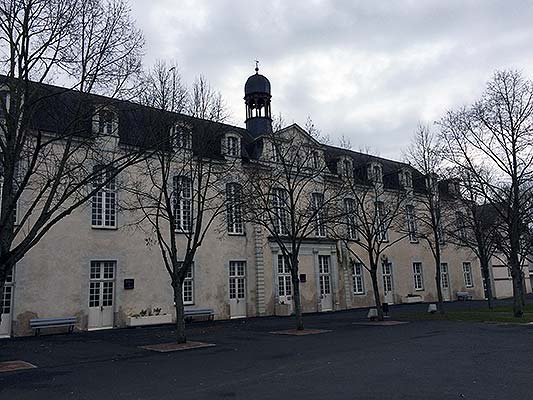 Approximately 80 kilometers to the west of Le Mans, in the department of La Mayenne, is the city of Château Gontier. In Basil Moreau’s time, Château Gontier was home to a college (high school equivalent) preparatory seminary of the Diocese of Le Mans, to which the young Moreau was admitted at the age of 15 upon the recommendation of his hometown pastor, Abbé Julian Le Provost.

In October 1814, Basil and his father, Louis, walked the 77 kilometers from his childhood village of Laigné-en- Belin to Château-Gontier. Basil would spend five years there under the tutelage of Abbé Horeau, who promised Louis Moreau to make of his son, “a good seminarian.” Abbé Horeau would eventually express the desire to see Basil Moreau appointed his successor in direction of the college, but Providence had other plans in store.

At Château-Gontier, Basil also developed a close friendship with Abbé Louis-Jean Fillion, assistant superior of the house, whose special task was the spiritual direction of the students.