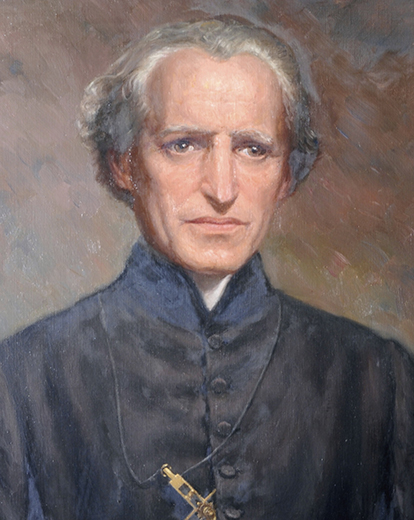 Blessed Basil Anthony Moreau, the founder of the Congregation of Holy Cross, was born in Laigné-en-Belin, in the Diocese of Le Mans, France, on February 11, 1799. In 1821, he was ordained a priest for the Diocese of Le Mans. He later became a seminary professor, teaching philosophy and theology, while enthusiastically continuing to engage in pastoral work. He quickly gained a reputation as an inspiring professor and as a man of God who faithfully sought to grow in the image of Christ through prayer, personal asceticism, and service.

Basil Moreau grew up amidst the turmoil of post-Revolution France, and as a young priest felt compelled to revitalize a Church devastated by years of civil upheaval. With nearly two-thirds of France’s clergy and religious exiled or killed, Father Moreau organized a group of Auxiliary Priests to preach, teach, and bring the message of Christ to those in neglected towns and villages.

In 1835, Father Moreau assumed leadership over the Brothers of Saint Joseph, a community of laymen founded by Rev. Jacques Dujarié to work as educators in rural parishes. Father Moreau merged the priests and the brothers in 1837. This new association took its name from the town where it was based – Sainte-Croix (Holy Cross).

Basil Moreau’s vision was to maximize the spiritual vigor of this association by modeling it after the Holy Family. He completed the Holy Cross family by founding a group of sisters, known as the Marianites, who collaborated with the priests and brothers in the mission of evangelization.

Father Moreau gave to each of the three societies a patron. He consecrated the priests to the Sacred Heart of Jesus, the brothers to the pure heart of St. Joseph, and the sisters to the Immaculate Heart of Mary. He placed the entire family of Holy Cross under the patronage of Our Lady of Sorrows. 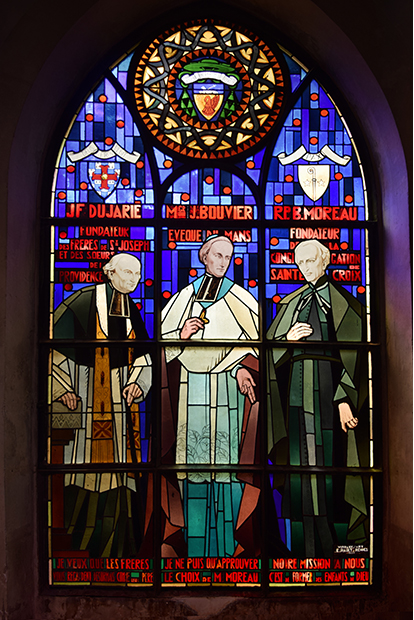 Soon the Church outside of France began seeking the assistance of Moreau’s fledgling congregation. He sent priests, brothers, and sisters to other countries, including Italy, Algeria, Poland, the United States, Canada, and Bangladesh.

Moreau authored the Constitutions that were approved by the Holy See, as well as the set of Rules that accompanied them. He also composed Meditations, Spiritual Exercises, and a treatise on pedagogy entitled Christian Education. These were intended to aid in the spiritual and ministerial formation of his religious. In this way, Father Moreau, the founder, remained also the educator and teacher. He sought to bequeath to his Congregation a particular spirituality and charism to serve the Church and the world.

While the Congregation of Holy Cross certainly enjoyed much growth and success, it also confronted severe challenges in the period shortly after its foundation. Father Moreau, who worked tirelessly for his Congregation of Holy Cross, himself suffered trials of various sorts, including abandonment by his own community. Nevertheless, placing his hope in the Cross of Christ and abandoning himself to Divine Providence, he continued to do the work of God, preaching missions until his health failed. The Marianites of Holy Cross cared for him to the end. He died in Le Mans on January 20, 1873.

Basil Moreau was declared “venerable” by Pope John Paul II on April 12, 2003, and beatified by order of Pope Benedict XVI, on September 15, 2007, the Feast of Our Lady of Sorrows. He remains an inspiration to the consecrated men and women who make up the family of Holy Cross today, as well as to the faithful who have come to know him through the witness and ministries of Holy Cross religious throughout the world. We continue to pray for the canonization of this holy man of God, whose zeal for souls knew no bounds and who still works for our salvation from heaven.

“At first [Father Moreau] seems like one of those country priests from whom you do not expect very much, and whose appearance is in no way belied by his Le Mans accent, which pares down even further his great simplicity of speech… After speaking with him for a while, you notice that he has discerning eyes, that his mind is direct, firm and fertile, and that his heart is consumed with love. He is a great man and a saint.” 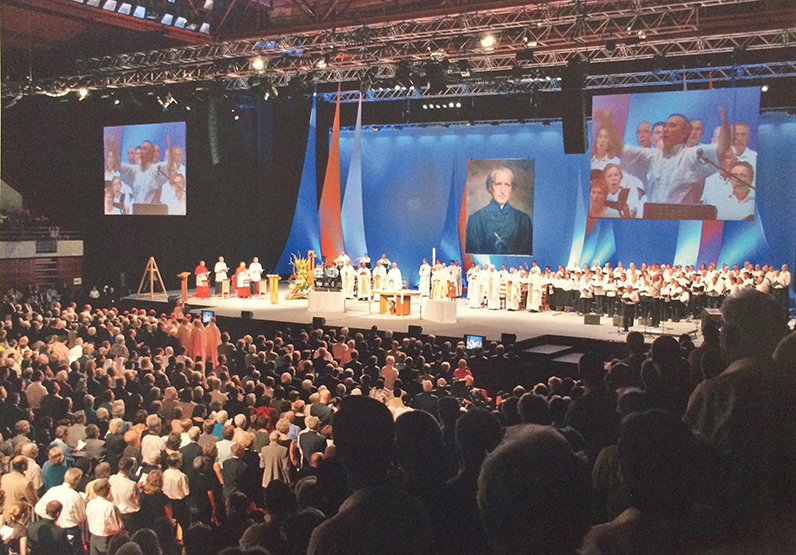 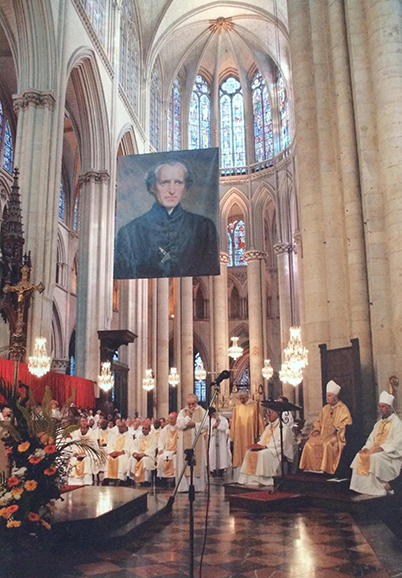 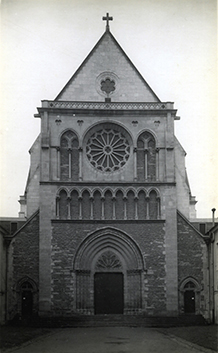