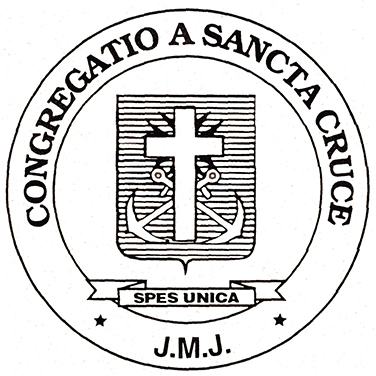 Seal of the Congregation of Holy Cross 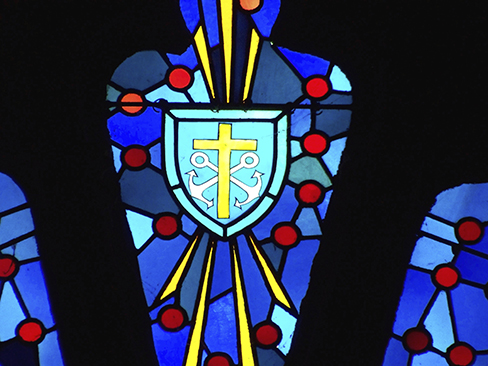 Window of Mary at the foot of the Cross, Shrine of Blessed Moreau

We are “men with hope to bring” because we have witnessed firsthand the truth and wonder of Christ’s resurrection. We have seen how God can transform sin and death – that which can seem most hopeless – into wellsprings of new life.

“We must be men with hope to bring. There is no failure the Lord’s love cannot reverse, no humiliation He cannot exchange for blessing, no anger He cannot dissolve, no routine He cannot transfigure. All is swallowed up in victory. He has nothing but gifts to offer. It remains only for us to find how even the cross can be borne as a gift.” (Constitutions, 8:118)

Since its foundation in 1837, the Congregation has faced a litany of crosses including the deaths of religious due to disease and natural disasters, opposition caused by sin and division, scarce financial resources, and political unrest and violence. As the father of Holy Cross, Basil Moreau experienced many of these trials personally and endured his own “dark night of the soul”.

In the midst of these crosses, Father Moreau encouraged the men of his Congregation to see the hand of Providence at work. He believed that the Lord’s choicest blessings came through the crosses we bear out of love. The darkness of Good Friday dispelled by the light of Easter’s dawn has played out again and again in the life of the Congregation.

The missions to East Bengal and Indiana in the mid-nineteenth century experienced a staggering number of deaths among the Holy Cross missionaries. And yet, through bearing these crosses in hope, Holy Cross brought the tribal peoples of East Bengal to faith in Christ and laid the foundation for the University of Notre Dame to become the premier Catholic institution that it is today.

In the twentieth century, Uganda, Chile, and Haiti all experienced political unrest and violence that threatened the lives of our missionaries. And yet, through bearing these crosses in hope, Holy Cross forged a solidarity with the people that opened the promise of a better tomorrow through education and work on behalf of justice.

“Jesus entered into the pain and death that sin inflicts. He accepted the torment but gave us joy in return. We whom He has sent to minister amid the same sin and pain must know that we too shall find the cross and the hope it promises. The face of every human being who suffers is for us the face of Jesus who mounted the cross to take the sting out of death. Ours must be the same cross and the same hope.” (Constitutions, 8:114) 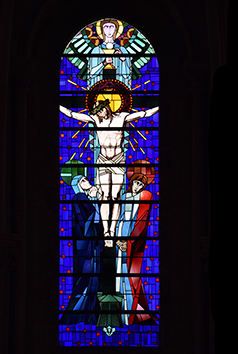 Window of Mary at the foot of the Cross, Shrine of Blessed Moreau 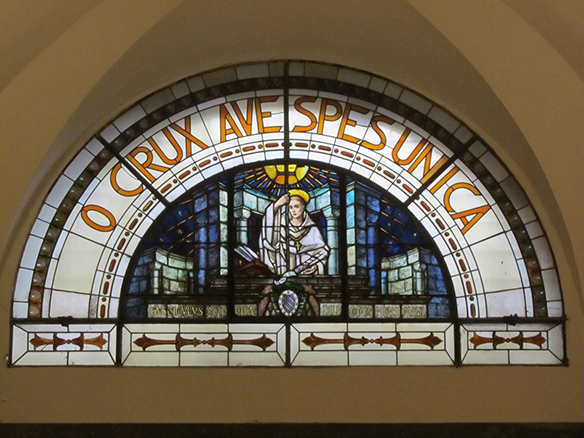 Ave Crux, Spes Unica – Hail the Cross, Only Hope. The Congregation of Holy Cross looks to the Cross of Christ as our hope because it reminds us that the Lord has overcome the world, sin, and death; therefore, we have the courage to go into the darkest places and proclaim his truth. We find hope even in the midst of darkness because there is no evil, no hardship, and no pain that the Lord Jesus left untouched by his passion and cross. Christ touched every human anxiety, physical and spiritual pain, and every experience of violence, hate, and betrayal. No suffering lies beyond the reach of the Cross and the redemption it has wrought.

That is why the Cross was Blessed Basil Moreau’s hope, and why it is ours in the Congregation of Holy Cross today.