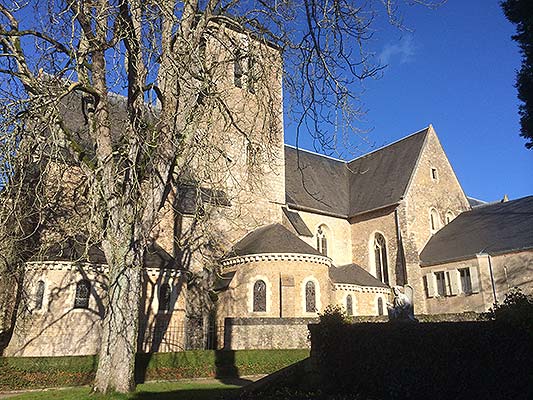 The Benedictine Abbey of Solesmes was founded in the early 11th century. Much of the present monastery was constructed during the 15th century, having been destroyed by the English in the 14th century during the Hundred Years War.

The work of Dom Prosper Guéranger

The French Revolution resulted in the abandonment of the abbey. It remained so until 1833, when Dom Prosper Guéranger, a contemporary of Blessed Basil Moreau, bought back the buildings in an effort to re-establish Benedictine life in France. Thanks to his success, the abbey of Saint Peter is the principal abbey of the congregation of Benedictines in France today, having founded monasteries not only in other parts of France, but also in Luxembourg, England, Holland, Spain, Canada, Argentina, Senegal, and Lithuania.

The life of the monks at Solesmes is devoted to the search for God through work and prayer. Priority is given to liturgical prayer sung in pure Gregorian chant (music written to accompany Latin texts). The monks live according to the rule of Saint Benedict.

Dom Guéranger and the renewal of the sacred liturgy occurring at Solesmes had an influence on Father Moreau’s own liturgical spirituality. Guéranger’s writings on the liturgical year inspired Father Moreau’s reorganization of his Meditations, the last edition of which was published in 1872. Both Guéranger and Moreau struggled against Gallicanism and had a shared interest in the promotion of the Roman liturgy in the Diocese of Le Mans. 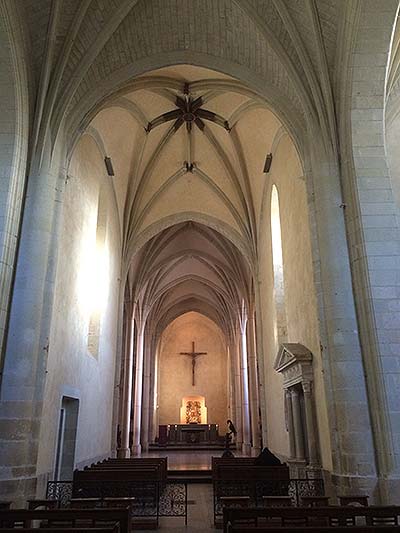 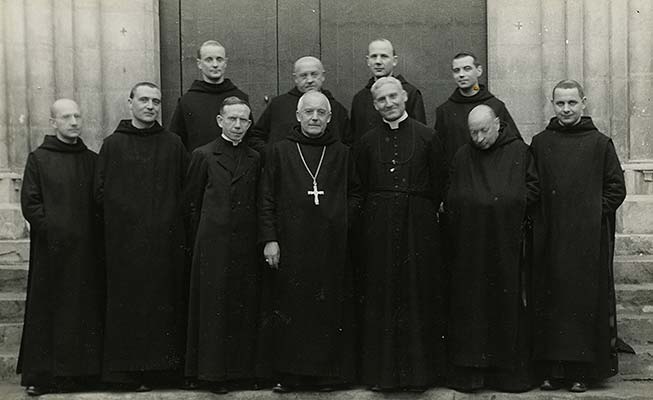 Ties of friendship between the Benedictine community of Solesmes and the Congregation of Holy Cross have existed since the time of Father Moreau. Monks of Solesmes have participated in important celebrations of the Congregation of Holy Cross: the consecration of the church of Notre-Dame de Sainte-Croix in 1857 (attended by Dom Guéranger himself), the re-consecration of the church in 1937, and the inauguration of the Shrine of Blessed Basil Moreau in 2014.

“One needs only hear sing the scholastics of Notre-Dame de Sainte-Croix and attend the liturgies of their parish to discover the traces of the influence exercised on [Father Moreau] by the powerful initiatives of Dom Guéranger.” (Tony Catta, biographer of Blessed Basil Moreau, January 20, 1950).