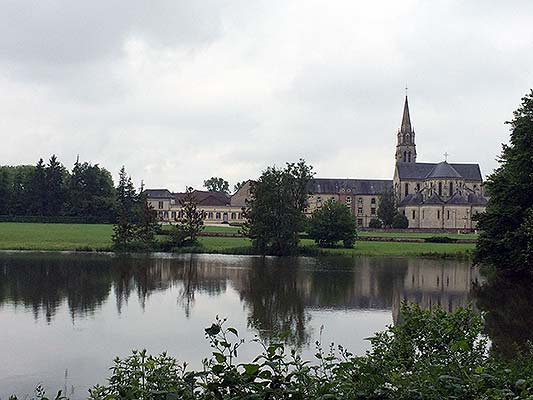 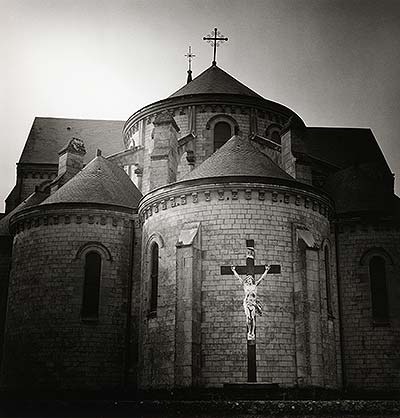 In Soligny-la-Trappe near the village of Mortagne-au-Perche is located this Trappist (Cistercians of the Strict Observance) monastery known simply as “La Grande Trappe.”

The history of this monastery dates back to the 12th century, when the land on which it sits was the property of Rotrou III, count of Perche. Rotrou built on this site a chapel dedicated to the Virgin Mary in memory of a shipwreck that claimed the life of his wife, Mathilde, daughter of Henry I, king of England. In 1140, Rotrou established a monastery along with the chapel, to which he invited monks from Breuil-Benoît. Seven years later, this community of monks joined the Order of Cîteaux (from whence comes the name “Cistercians”) and adopted poverty in their living, and simplicity in their liturgical prayer.

After a century of prosperity, the Hundred Years’ War ravaged this region and the monks were forced to abandon their monastery, which was subsequently burned and pillaged in 1376 and again in 1465.

The Hundred Years’ War come to an end, the abbey was rebuilt. The monastery benefited greatly under the leadership of the abbot Armand-Jean Le Bouthillier de Rancé (1626-1700), godson of Cardinal Richelieu. He instituted reforms approved by Pope Innocent XI, including strict discipline and rigorous silence. The Grande Trappe subsequently became one of the most fervent, austere and well-known monasteries in all the kingdom of France.

The French Revolution resulted in the martyrdom of some of the monks and the exile of others. The revolutionary government sold the abbey as national property and the monastery fell into ruin. The surviving monks returned in 1815 and rebuilt the monastery. Most of the buildings existing today, including the church, were constructed in the late 19th century.

Over the centuries, the abbey became renowned as a place of retreat. Jacques-Bénigne Bossuet, court preacher to Louis XIV, was a frequent visitor to the Grande Trappe. James II of England also came here while a refugee in France. King Charles X also visited the abbey, as did Louis-Philippe in 1847.

Father Moreau and the Grande Trappe

Father Moreau, too, frequently went on retreat here, particularly at decisive moments in his life. His first retreat here was in 1829. As his biographers state, he was “enamored of this vast solitude, and a secret yearning never ceased to attract him to this holy spot” (Catta I, 361).

On October 15, 1836, Father Moreau went to the Grande Trappe with a small group of his auxiliary priests: 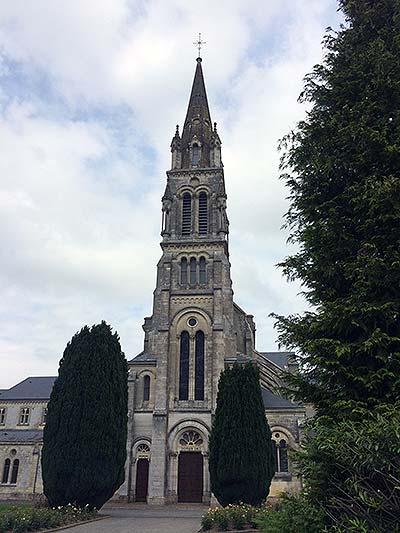 “From the city of Mortagne the little party reached the abbey which, after a period of courageous reconstruction, still bore the marks of the heroic age of De Rancé. They took the solitary road, which was then impassable for carriages, across the forest which hides the monastery. They hesitated where paths crossed; they peered through the trees in search of some indication that the monastery was near. Evening was falling; the travelers were weary and not sure of their road, when of a sudden the evening breeze brought to their ears the sounds of the monastery bell calling the monks to prayer. “This voice of the Church,” later wrote M. Moreau, “gave us new courage.” The travelers steadied their steps in an atmosphere of joyous peace, and made their way down the slope leading to the road around the ponds. There, as if smiling at them from the end of the path, they could see the monastery door. Before long, with the cordial hospitality so characteristic of monks, they were welcomed by the Father Abbot…and by the prior…” (Catta I, 361-362). 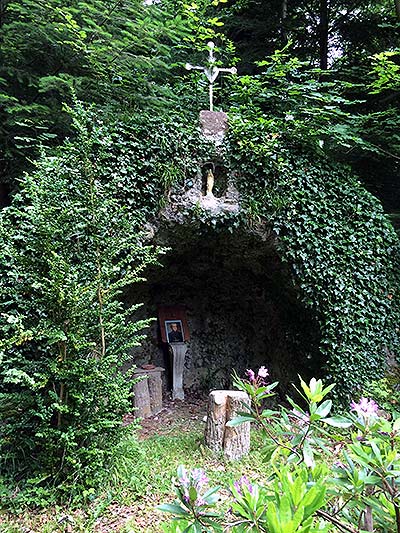 Moreau and his first Auxiliary Priests gathered every day at a small grotto “situated on the edge of a ravine in the midst of a dense forest” (Catta I, 362). There they prayed and meditated, and drew up the first outline of a Rule. It was the text of this Rule that was approved by Bishop Bouvier upon the group’s return to Le Mans. Father Moreau would later write to the abbot of the Grande Trappe: “The cradle of our foundation was the grotto called after St. Bernard, where we drew up our first Rule” (Catta I, 363).

Father Moreau returned to La Trappe in 1840 before making his perpetual vows, and again in 1847 for his annual retreat. It was on this occasion when he met the king, Louis-Philippe, before whom he advocated for his foundations. Admiring the monks’ way of life at the Grande Trappe, Father Moreau wrote: “It is at La Trappe that one has before [one’s] eyes a living portrait of the solitaries of Egypt or of the Christians of the early Church…” (Catta I, 646).

Father Moreau returned again to the Grande Trappe in 1867, writing his Spiritual Testament here after resigning as superior general. He wrote of “the austere aspect of these silent walls, the recollected and mortified comportment of those who dwell within them…and the air of calmness which one tries to breathe here” (Catta II, 748). He wrote too of “an atmosphere of sanctity…charity, and truly divine union which makes of all these religious only one same spirit” (Catta II, 749).