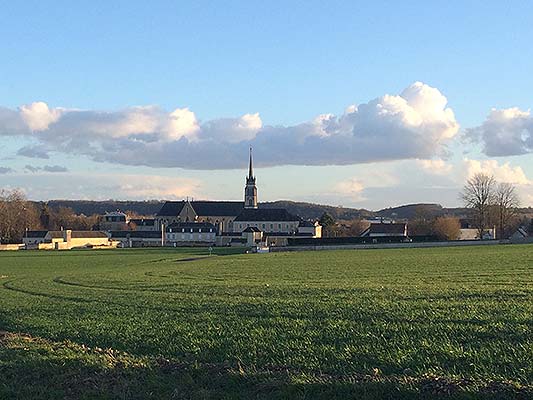 Approximately 50 kilometers to the southeast of Le Mans is the village of Ruillé-sur-Loir. It was here, in 1820, that the parish pastor, Abbé Jacques-François Dujarié (1767-1838), founded the Brothers of Saint Joseph – precursor to the Brothers of Holy Cross.

The Brothers of Saint Joseph

Having served as curé of the parish of Ruillé-sur- Loir since 1803, Father Dujarié had firsthand knowledge of the religious ignorance into which a large portion of the French countryside population had fallen since the French Revolution. The bishop of Le Mans (Msgr Michel-Joseph von Pidoll), also concerned about this issue, raised the subject at a meeting with the clergy of his diocese in 1818. It was at this very meeting that Abbé Dujarié was proposed as the one to address it.

Dujarié’s community of teaching brothers, which drew inspiration from other recently-established institutes throughout the western region of France, grew from very humble beginnings. Nevertheless, by June of 1823, Father Dujarié had succeeded in gaining legal recognition for his institute, which was classified as a “charitable association” dedicated to serving “primary schools in the cities and countryside in the department of the Sarthe and the surrounding departments.” (Charles Moreau, I, 83).

On November 11, 1824, thanks to the generous benefaction of many, Father Dujarié acquired the “Grand Saint-Joseph,” the house in which he placed his novitiate. (Charles Moreau, I, 85).

From the beginning, Father Moreau supported Father Dujarié in his undertaking by assisting with the brothers’ annual retreat. Father Moreau’s assistance played a particularly important role at the annual retreat of 1831, when, in the face of decreasing numbers and diminishing apostolates, Father Moreau drew up an act of union which, signed by the remaining brothers and by Father Dujarié, helped to keep the small community intact and united to their venerable founder. 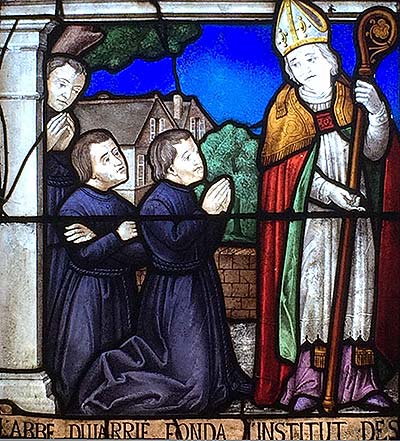 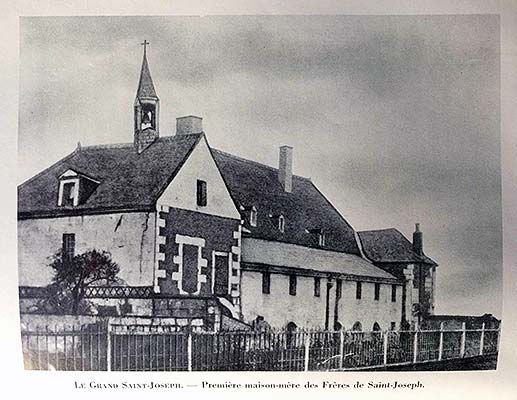 Some years later, due to his advancing age and declining health, Father Dujarié would eventually transfer authority of his community of brothers to the care of Father Moreau. In a ceremony held in the chapel of the Grand Joseph on August 31, 1835, and attended by Msgr Bouvier, Bishop of Le Mans, Father Dujarié stated:

“Abbé Moreau, I beg of you to accept the direction of the little Congregation of the Brothers of St. Joseph which I have just given up because of my infirmities, which make it impossible for me to look after it and provide for its needs. I place it entirely in your hands; I entrust it to you. Please accept them as my most treasured possession, and as a trust for which you will have to render an account to the Prince of Shepherds. I want them to look upon you in the future as their father, and to have for you all the love, submission, and confidence which they owe you as a father.” (Catta, I, 316)

It was clear that for Father Dujarié, Basil Moreau was the zealous and worthy successor he had sought and prayed for. For his part, Father Moreau accepted the mission entrusted to him in a spirit of humility and devotion, and set to work the following day.