The Shrine of Blessed Basil Moreau is pleased to announce a discovery related to Holy Cross history: 16 previously unpublished letters addressed by Brother André Mottais to his family, and in particular to his parents, Monsieur Jean Mottais and Madame Jeanne (Blot) Mottais of Larchamp (Mayenne). The letters, of varying length, date from 1820 to 1842, and have been carefully preserved and handed on from one generation of the Mottais family to the next.

On October 22, 1820, André Mottais arrived at the presbytery of Ruillé-sur-Loir, seeking to join the institute of the Brothers of Saint Joseph, founded by l’abbé Jacques-François Dujarié. Brother André proved to be an exemplary religious who would play an important role in the history of the religious family of Holy Cross.

Father John De Riso, csc, rector of the Shrine of Blessed Basil Moreau, is grateful to Monsieur Pierre Appriou (fourth generation nephew of Brother André Mottais) and to his aunt (Madame Thérèse Élisabeth Mottais) for contacting the Shrine of Blessed Basil Moreau with news of the existence of these letters. A special note of gratitude is also owed to Madame Tiphaine Hamerel, Shrine administrative assistant, for her able and faithful transcription of these letters. The letters were translated into English by Fr. John De Riso, sc, with helpful assistance from Fr. Gregory Haake, csc.

After a life of fidelity and generous service, Brother André Mottais died at Notre-Dame de Sainte-Croix on March 16, 1844. Though it has been nearly 175 years since his passing, the example of his zeal, devotion, and religious spirit continue to inspire.
In the margin, you’ll find a few images of the original letters and a picture of Fr. John De Riso, csc (rector of the Shrine of Blessed Basil Moreau) and Monsieur Pierre Appriou (fourth generation nephew of Brother André Mottais), taken in Brest, France (27 October 2017). 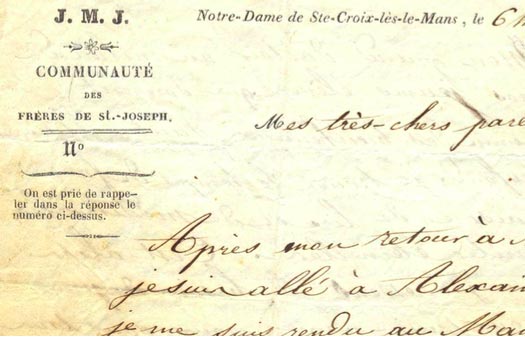 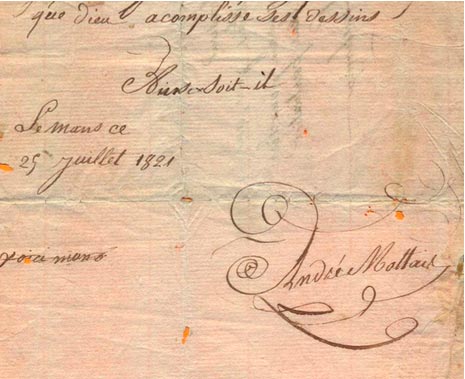 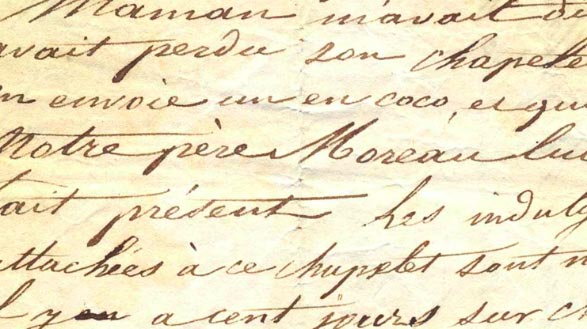 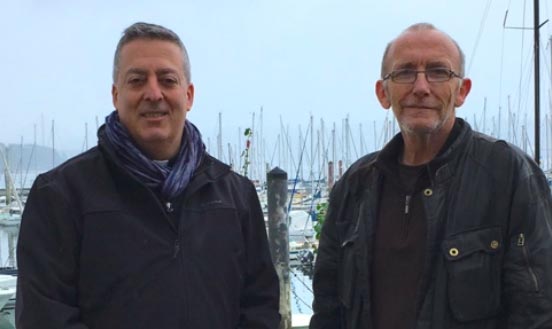