After probably over a century of an absence, a Cross finally rests once again on the peak of Notre-Dame de Sainte-Croix in Le Mans, France. What happened to the original Cross remains uncertain. Some speculate that it was probably lost during the bombardment of Le Mans during World War II; however, upon further investigation, it is assumed that more than likely it was removed when the French government re-appropriated the conventual church in 1911.

The cross was blessed by Fr. John DeRiso (US), Pastor and Rector, after the Ascension Thursday Mass in the church courtyard, to the applause and delight of the parishioners gathered below.

Capping the church with a Cross has been a dream of Fr. John for a long time. “I am grateful to an anonymous donor who made this happen and to the parishioners who have been so supportive of this project,” he said. 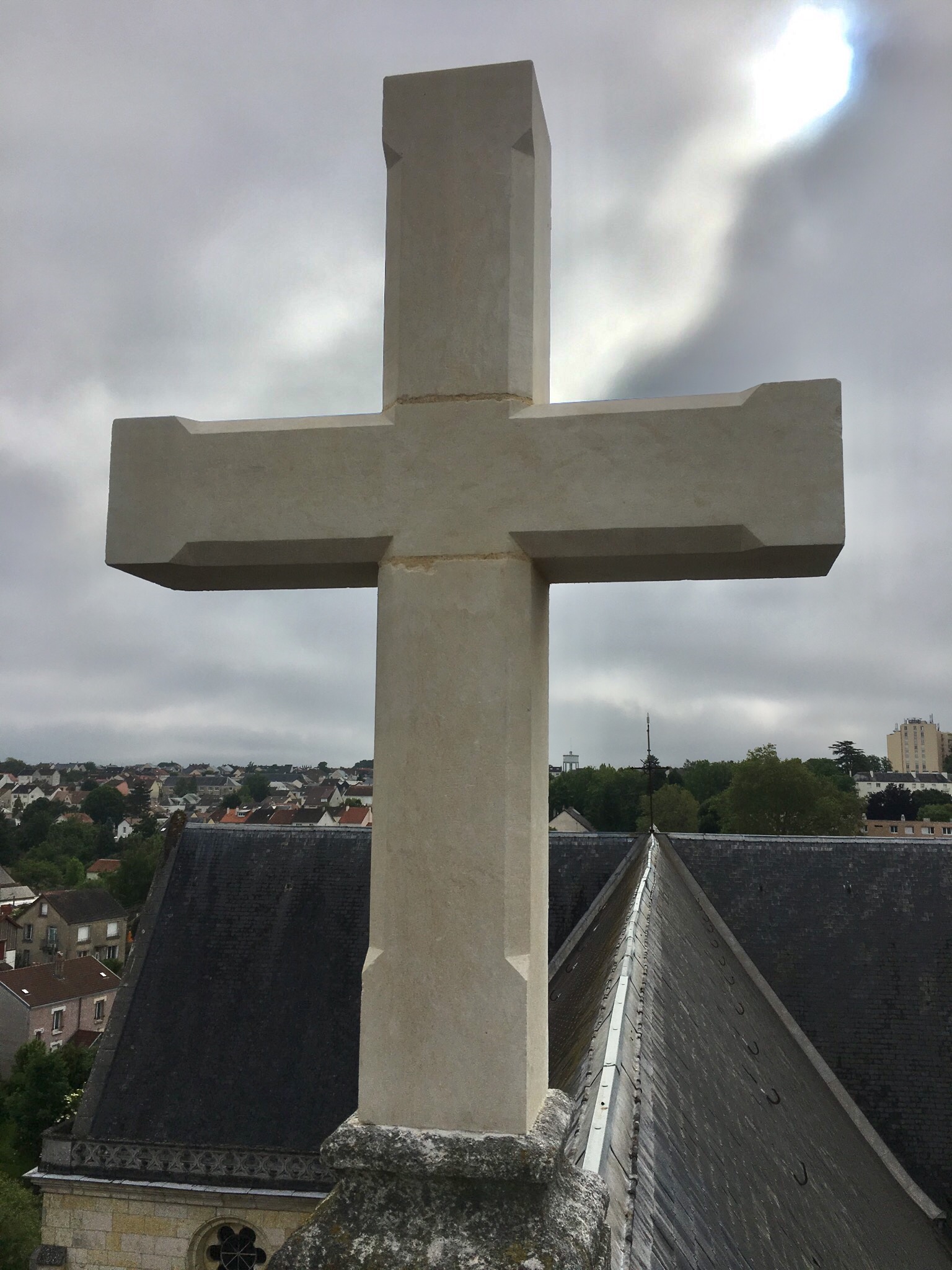 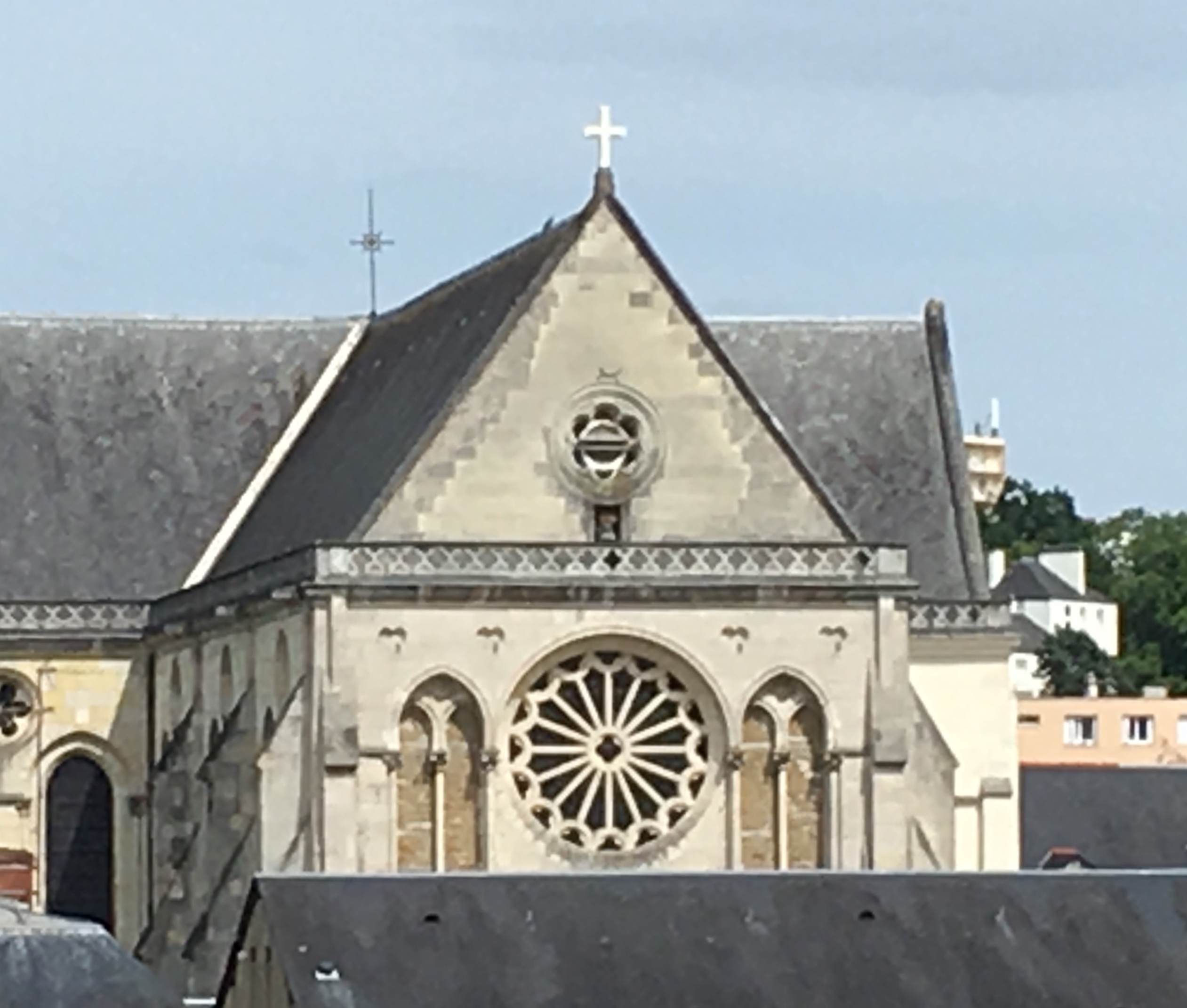